Million-dollar HDB flats: Half of S'pore's 24 towns have them, including Hougang, Geylang and Ang Mo Kio 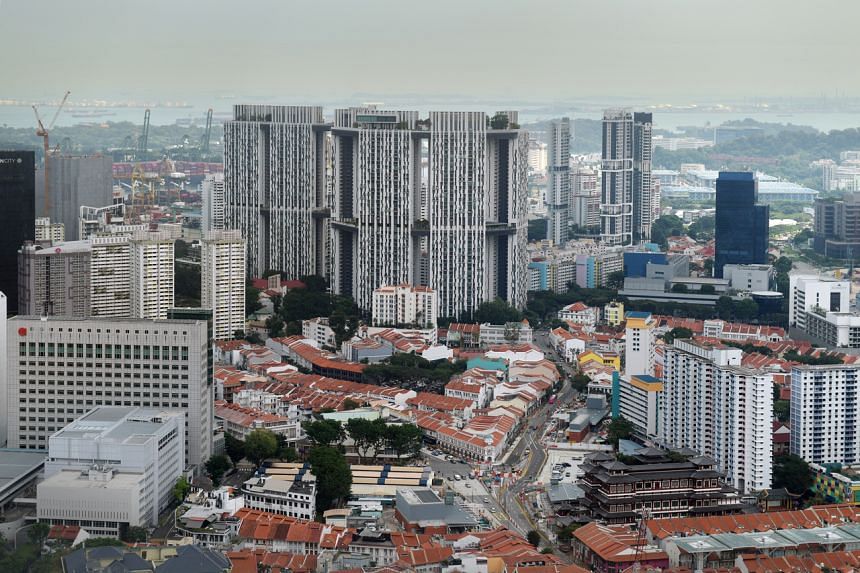 SINGAPORE - While The Pinnacle @ Duxton is arguably the "poster boy" for million-dollar Housing Board flats in Singapore, such flats are not exclusively located in the central area.

Half of Singapore's 24 Housing Board towns are home to million-dollar HDB flats, official HDB data shows.

Among them is a 177 sq m executive maisonette in Block 851 Hougang Central in the non-mature estate of Hougang that sold for $1 million in January 2018.

The unit, located between the 13th and 15th storeys, had a remaining lease of 78 years and one month at the time of sale.

To date, it remains the only unit in a non-mature estate out of the 389 flats to hit the $1 million mark.

A total of 389 HDB resale flats have changed hands for more than $1 million as at May 31 this year.

At present, the central area takes the top spot with 118 million-dollar flats - with all transactions coming from The Pinnacle @ Duxton on Cantonment Road.

In second place is Bishan with 74 units, with the majority of the units coming from Natura Loft, a Design, Build and Sell Scheme (DBSS) project in Bishan Street 24.

Bishan Street 13 and 12 are the next most popular areas in the mature estate. A handful of units sold for more than $1 million were in Shunfu Road, Sin Ming Avenue and Bright Hill Drive.

Queenstown takes third place with 55 units, and is followed by Toa Payoh with 40 units.

Typical traits of a million-dollar HDB flat are large young units on high floors with unblocked views in a central location - such as those found in The Pinnacle @ Duxton and Natura Loft.

But a closer look at HDB data shows that not all fit the mould - older units or those on lower floors can also fetch top dollar if compensated by other attractive attributes such as a prime location or a larger-than-usual size.

For instance, a 140 sq m five-room unit in Block 60 Dakota Crescent changed hands for $1,008,888 last December - the only transaction in the mature estate of Geylang so far.

It sits next to Dakota MRT station on the Circle Line and is within walking distance from Old Airport Road Food Centre.

Last May, a 178 sq m jumbo flat in Ang Mo Kio - the first of two deals for the mature estate - was sold for $1.03 million, even though it was 40 years old at the time of transaction.

It is made up of two adjoining three-room flats in a one-time move by the HDB in 1989 to give unsold flats a new lease of life.

There are only around 2,900 jumbo units in Singapore, out of a total pool of more than one million HDB flats, making them a sought-after rarity.

Some HDB terraced houses - such as those in Jalan Ma'mor in Kallang/Whampoa - can go up to 280 sq m, equivalent to three four-room flats combined.

About a third of million-dollar flats were DBSS units and about 16 per cent were maisonettes, terraced homes and premium apartment lofts, HDB data shows.

Ms Christine Sun, senior vice-president of research and analytics at real estate firm OrangeTee & Tie, said the value of that last group lies in their sprawling living spaces which are no longer offered under the current Build-To-Order (BTO) exercises, where a five-room flat is typically around 110 sq m.

Analysts have predicted a robust year for the HDB resale market, as major delays in construction activities due to Covid-19 have caused some would-be Build-To-Order (BTO) buyers to turn to resale flats.

In turn, this boost to overall resale prices will also prop up million-dollar flats - the top end of the spectrum.

ERA Realty head of research and consultancy Nicholas Mak said he expects a 7 per cent to 8 per cent rise in the HDB resale price index this year.

In recent years, more flats in mature estates have also reached - or are reaching - their mandatory five-year minimum occupation period and some buyers may not mind paying top dollar for these flats, said OrangeTee's Ms Sun.