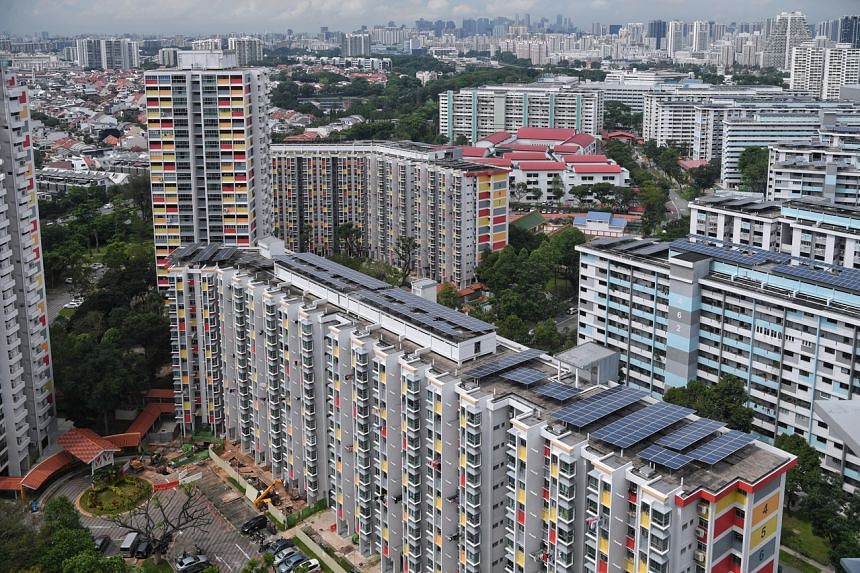 This is the highest number of million-dollar flats sold in a year on record.ST PHOTO: KUA CHEE SIONG


SINGAPORE - A total of 87 Housing Board flats have changed hands for at least $1 million in the first five months of the year, surpassing the 82 units sold for at least that amount in the whole of 2020.

So far, this is the highest number of million-dollar flats sold in a year on record, since the first unit sold for more than $1 million in 2012. That year, only two units changed hands for at least that amount.

In total, 389 HDB resale flats have sold for more than $1 million as at May 31 this year.
One other unit each in Bishan Street 24 and Block 2 Toh Yi Drive in Bukit Timah were sold for the same price of $1.21 million in January and February this year, respectively.

In April, a five-room 120 sq m Design, Build and Sell Scheme flat at Natura Loft in Bishan Street 24 was sold for $1.25 million. It had a balance lease of 89 years and five months.

It is now the second-most expensive HDB resale flat on record, just shy of the top spot of $1.258 million for a five-room flat at Pinnacle@Duxton sold last September.

"Some buyers may deem these million-dollar flats relatively more affordable, compared to new or resale condos as the prices have been rising," she said.

"Other buyers may not mind paying top dollar for these flats as they are centrally located and come with attractive views," she added.

In April, the private housing resale market saw prices of condominium units rising by 1.5 per cent compared with the month before.

The private home price index also shot up 3.3 per cent in the first three months of this year, marking its fourth consecutive quarterly rise and the steepest increase since the second quarter of 2018.

Since 1990, million-dollar transactions constitute only about 0.05 per cent of the total 845,100 HDB resale transactions.

In the first five months of this year, this figure has increased to 0.8 per cent, a growth rate that Ms Sun said is "marginal" as it is spread out over the past 30 years.

Property agents have pointed out that private property downgraders make up the most common group interested in - and eventually purchasing - these million-dollar flats, The Straits Times reported in April.

Other groups of buyers include dual income couples in their 30s with high earning power, wealthy naturalised Singaporeans and, to a smaller extent, young couples in their 20s with parental financial support for the down payment of such flats, said agents.

The topic of million-dollar HDB resale flats often stirs up emotions and leads to heated public debates, as many point out the "lottery effect" and potential windfall these flats bring to their owners.

However, at least one property analyst has said that million-dollar flats can also be perceived as a sign of success for Singapore's public housing as it shows buyers' confidence in public flats while the units are still young.

This comes as National Development Minister Desmond Lee has announced that new flats will be built in prime areas, such as the city centre and the upcoming Greater Southern Waterfront.

Like in all HDB towns, a range of flat types will be offered, with two-room flexi and rental units interjected where possible, to ensure these prime flats reflect the diversity of Singapore's society, he said.

A new housing model to ensure these flats are kept affordable and inclusive is in the works.